About The Twin Stranger

Jude Cowan Montague is an artist, writer and composer with a multi-media practice that crosses disciplines. She is active in new printmaking, installation, poetry, prose fiction, film history, vocal work and performance. She is known for her innovative work with international news agency output. This practice developed while working as an archivist for the Reuters Television Archive. Her first collection For the Messengers (Donut Press 2011) re-formed edits from the Reuters output during 2008 as individual poems. Her album The Leidenfrost Effect (Folkwit Records 2015) was co-composed with Dutch producer Wim Oudijk and reimagines quirky stories from the Reuters Life! feed. She is a broadcaster and curates and hosts The News Agents, a weekly hybrid news-arts show on Resonance 104.4 FM.

Riitta Hakkarainen is a Scenographer experienced in the designing, planning and making of sets and animation for theatre and multimedia performance. She is skilled at painting and drawing in all artistic media, scale model making, basic knowledge of working with video, animation, technical drawing, experience in puppet and props making. She is also specialized in resin manufacturing, casting and working with fiberglass, silicon and acrylic. Her animation and puppet theatre works have been featured in theatre festivals including High Fest, Armenia (2004) and Sibiu International Theatre Festival, Romania (2005) 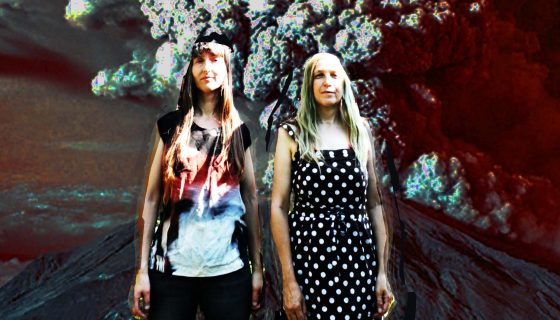