Alexis Bellavance is a multidisciplinary artist. His work is often based on physical phenomena such as optics, gravity, atmospheric pressure, etc. He approaches these phenomena as a base which he uses to create immersive environments where the viewer’s conceptual gaze wanders around time, echoes, cycles, empirical accumulations, etc. From the infinitely large to the infinitely small, he grounds his research on scientific concepts that challenges him. Bellavance will then freely reclaim these theories by trying to create immersive installations in response to the thoughts they give rise to.

Based on these ideas, Bellavance leads the spectators to reflect on their physical presence, showing them that their movements and positions in space have a direct influence on the form of the piece. In doing so, the spectators are gradually led to a metaphorical position where they realize that they are an essential part of the work. That the loop takes shape at the precise moment they enter the space. Their bodies become symbolic materials. Bellavance’s goal is to build environments that will lead to these observations. Cycles, positions, laws, echoes, materials, these created situations are becoming the segments of conceptual scaffoldings that have led him to multiple disciplines: installations, audio art, performances. The consequences of his work are empirical results emerging from his attention to reality and certain of its accidents.

In his most recent work ốps, Bellavance worked in two phases. The first phase consisted in placing and anchoring at sea an aluminum three-legged buoy to which was attached a hermetic box containing a set of microphones, batteries and a camera. This autonomous audio-video collection system was filming and recording the sea horizon and the sounds of the waves for a specific period of time. The data were then recovered. The second phase of the project involved using the data collected to create a multimedia installation.

During his iii residency, he will turn the ốps gaze towards the shoreline and film it to create a trucking shot of several hours. Having in mind the songs VI, VIII and XIII of Homer’s Odyssey referring to the vision of Ulysses on his arrival in the archipelago of the Phaeacians; Scheria, a mysterious land, a parallel and unknown world, which could only be reached in dreams. He will try to render in images the emotion that Ulysses may have experienced when he observed these impossible lands for the first time.

Alexis Bellavance’s residency is part of the new residency exchange program between iii and perte de signal in order to support cooperation and international excellence in digital arts. Over the course of the next two years, two artists from the Montreal-based center will stay in The Hague and two artists from iii will reside at rustines_lab in Montreal. This partnership aims to foster independent creation, cultural diversity and the transmission of knowledge / skill-sets in the digital arts between the Netherlands and Quebec. 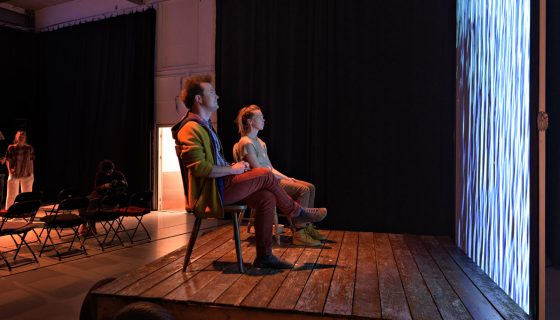 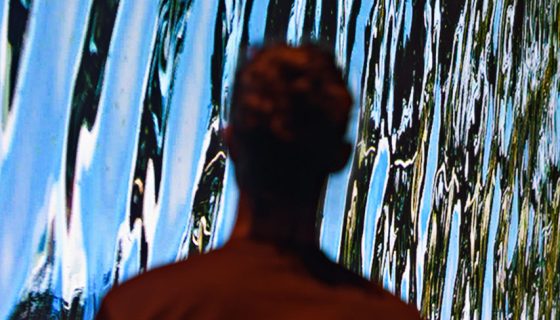