Electronic Pies in the Poetry Skies

about the artist Samuel Brzeski by Alexander Wöran

During Samuel Brzekis’s residency at bb15 he met the local artist Alexander Wöran. The text Electronic Pies in the Poetry Skies gives an insight into Samuel’s work.

Shame on me. The title: stolen – again! Or? Fortunately, I know the poet I borrowed it from a little bit. And I know a little bit about his understanding of language and poetics. In typical casual American manner, Charles would probably say: “Sure, whatever man…I hope you just…just played with it. Transformed it. Substituted it. Put it in another context. Had fun! What the heck … used it, bruised it, schmused it. Eventually, I guess, you had to lose it. And how else would you find it again, eh? Did you find it again? Did you?” Perhaps he would say that. But his poems and essays have exactly that effect (on me, at least). They retune the ears, make you search for more fragile states in the interstices of everyday language and almost challenge you to play with the materiality of language – electronic pies in the poetry skies, Elektrotorten an poetischen Orten, Elektrobeeren in poetischen Sphären, electronic farts in the poetic arts, electronic arts in the poetic farts, yeahyeah, I know, what a lame rhyme, fart-art, haha, and: boo … BOO! But this is what it is about (also). He shakes up meanings, takes away the fear of experimentation and goofy wordplays, lets language appear in its materiality, and thereby opens new associative spaces for readers. All this happens playfully, without being foolish. His work lures the Homo ludens with language while simultaneously raising more awareness to it. But wait. Is this text about Charles Bernstein? Or is it about Samuel Brzeski? Am I eluding Samuel Brzeski in the prelude? No.

And yes. Certainly, it must be the ludic part in prelude, which persuades me to elude. But it is no coincidence that I have once again browsed through Bernstein’s books. And it’s no coincidence that I got stuck on the essay “Electronic Pies in the Poetry Skies”. On the contrary. The works of language, media and voice artist Samuel Brzeski enhance my mood for experimentation in a similar way to those of Bernstein. For instance, when he ploughs through the homophones “break” and “brake” for several minutes in his performance Yep, that’s the mood and surgically separates the semantic and material dimensions of the words, only to bring them closer together again in the next moment. Then my Wernicke’s area and other parts linked to speech in my cortex begin to twitch. And when he then begins to introduce small irritations into the rhythmic repetition of the word combination “brake fluid” through substitutions and transformations, when “brake fluid” becomes “shake druids” or “lake druids”, then he has not only broken the meaning of “brake fluid”, made “brake fluid” into “break fluid”, but also made my language center dance. Suddenly, “snake fluid”, “cake flu it”, “jake, who’s it”, “just do it”, “yeah, just do it”, “oops, I did it again” dance into my thoughts. Like Charles Bernstein, he tunes my ear differently (perhaps in an open tuning?) and rewires my neurons, which reminds me of modular synthesizers producing unexpected sound qualities. With Brzeski, too, this happens without appearing foolish and random, rather it is a well-considered composition in which several factors are well-orchestrated – the poetic methods and acuteness in the text, the carefully considered rhythm of his performance, his precisely used voice, the presence of his person and of course … why the hell am I referring to “Electronic Skies in the Poetry Skies”?

In the collection of aphorisms under this title, Bernstein discusses the possible influence of (newer) electronic media on poetic practices as well as language in its social function in general. Both – Brzeski and Bernstein – use language and the instruments through which it is transported without instrumentalizing them, or at least: they do not merely hide the instruments behind their sound but address their effects on the sound quality. They contextualize the media used to transmit language. It is no secret that one and the same statement can convey two more or less different meanings, depending on whether it is read in written form or spoken orally – accompanied by facial expressions, gestures, pitch etc. But especially in the everyday noise of speech, the instruments, the carrier materials of language, tend to fade into the background. How often do we think about the effect the carrier material “smartphone” has on the content we are consuming when scrolling through the news? Every now and then, you come across an article that talks about how much the smartphone fucks up our attention span. I rarely get past the headline. Anyway, I digress.

The reference to and creative use of the carrier materials of language thus seems to be another similarity among the artistic practice of both artists (for example, when Bernstein’s poem “Poem loading” – and that’s all it is, except for a loading bar underneath – transfers the digital screen onto the printed page and places the loading process in a poetic context). But what remains (more or less) in theory with Bernstein comes into practice with Brzeski. In short, Bernstein talks about the “electronic pies in the poetry skies”, Brzeski has them in the oven, so to speak. Refreshing, because especially in media art, poetic engagement with language in the digital age seems to me more like a marginal phenomenon. Or is it the other way round? Is the engagement with electronic media in language art, especially poetry, a marginal phenomenon? Whatever the case, Brzeski uses the methods of both fields in a synergetic way in his works and performances, thus contributing to a contemporary discourse on language. In the above-mentioned performance, the presence of his natural voice is set against the presence of two visualizations, and against the presence of an additional audio loop with his voice. These layers not merely complement each other, but also create an interesting tension between them. Sometimes I sink into the sound of his voice, sometimes into the visualization on the screens, sometimes into the voice loops (and – not gonna lie – sometimes into his beard and his charisma). In some moments, all the layers come together wonderfully, only to disintegrate in the next, only to come together again in the next, only to disintegrate again in the next … it is the in-between, the gaps of language, its space oddities, into which he leads me, in which meanings and definitions wobble and take root at the same time in a strange way.

How the electronic pie molds shape the pies is for me also negotiated in Brzeski’s installation art (and at the risk of upsetting old Plato here: there are a myriad of shapes, the one and only pie shape behind a pie is a myth. Or is it?). In the installation Just be glad it’s not you, for example, snippets of text from an online forum about narcissism are combined, playing back on several screens to hard techno music. When I watch it, I am not only confronted with the acceleration orgies of the web, with the space-time destruction machinery. Normally, I hardly notice it anymore because I have become accustomed to it, a strange effect: the deceleration of acceleration. Rather, the work also leaves me with the question of who is speaking where, why and, above all, how – through the audio-visual hammering and the vast Internet ether, I find myself thinking about the different individuals who could have produced the text snippets, those who get off on the suffering of others, those who can only live out their “expertise” online, those who are really looking for help, those who really want to offer help. And: How does the pie mold “online forum” shape language? What manners of speaking does it enable or prohibit? What is lost and what is gained in this form of communication?

Talking about pie molds and manners of speaking: Texts like this, in which a person talks about someone else’s art, are always insufficient (and still would be with ___, or _________ pages). There is always a bit of a guilty conscience in me in these situations and I wonder if I sometimes start to see ghosts when I’m happily interpreting away; it makes me think of Bernstein’s last aphorism: “There’ll be a pie in the sky when you die. But not likely.” So, take my text with a grain of salt. At least there is a small consolation: every pie can take a little pinch of salt. 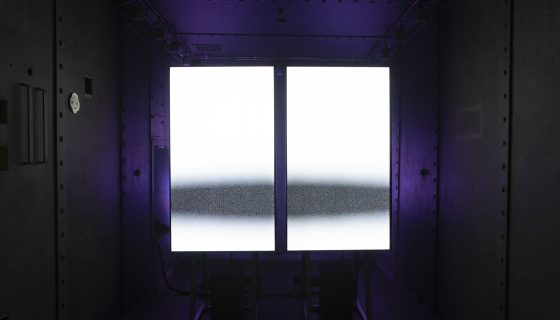 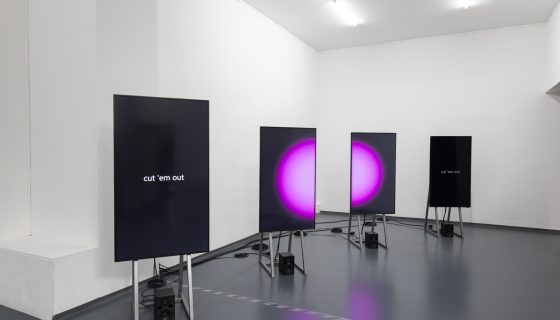