Mefite Goddess of the Volcano

During their residency at iii Jude Cowan Montague and Riitta Hakkarainen, together as The Twin Stranger, will develop ‘Mefite Goddess of the Volcano’. An original, new site based theatre piece on the theme of volcanology and volcano lore, this project incorporates multiple live coders working with various data streams, including live Istituto Nazionale di Geofisica e Vulcanologia (INGV) information sets from the Napolitan caldera.

“The oral stories and mythology around volcanoes provide a means of imagining that which cannot be seen, the activity underground of the movement of magma, the pressures and chambers in the rock.

Mefite is the volcano goddess of pre-Roman Italy and was one of the gods of Pompeii. She is a symbol of female strength whose image goes beyond the narrow confines of femininity as she is the goddess of noxious gasses, emitting sulphuric fumes from her stomach. “

The production will be presented as an immersive experience or promenade theatre and distant audiences will be able to access a video documentary and live streams of the event.

It is part of On The Fly, a project by Hangar, ZKM, Ljudmilla & CCU funded by Creative Europe, Creative Industry Fund NL & the Performing Arts Fund NL. 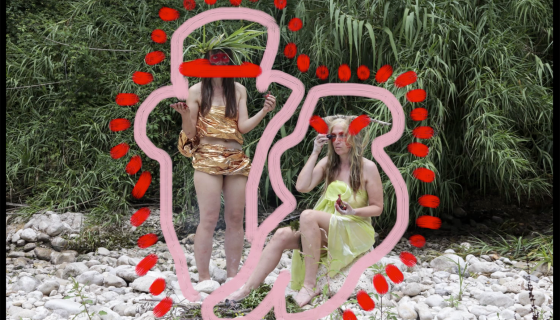